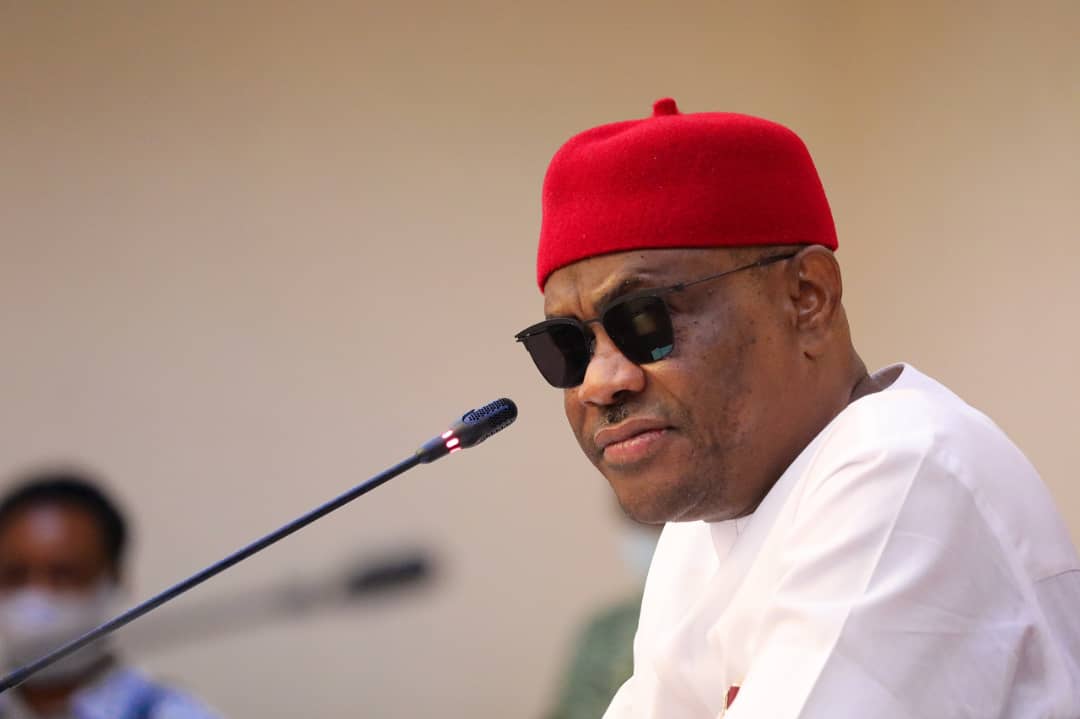 Rivers State governor, Nyesom Ezenwo Wike, says his effort for amicable resolution of the crisis rocking the Peoples Democratic Party, PDP, has been frustrated by rent seeker in the party.

The governor, has meanwhile, declared that nobody can convince him to change his stance that the PDP should yield its national chairman position to Southern Nigeria.

Governor Wike made the assertion when he hosted Cross River State PDP governorship, senatorial, House of Representatives, House of Assembly candidates and PDP local government party chairmen, at his private residence in Rumueprikom on Wednesday night.

The governor, during the meeting which was attended by the party’s South-South national vice chairman, Chief Dan Orbih, explained that the seeming intractable crisis in the party had lingered because some vested interests, whom he described as  “hyenas and rent seekers,” have remained obstinate and averse to justice, fairness and equity in the party.

Governor Wike, maintained that he cannot be convinced to support the current status quo, where the PDP presidential candidate, national chairman and the Director General of the presidential campaign council are all from the north.

According to him, refusal to cede the national chairman position to the South, will be a recipe for crisis.

“He (national chairman) said, if the presidential candidate comes from the north, he will resign , which means he has had this in mind. Now, the thing has come to reality, now resign, no. And people are saying go and talk to Wike.

The governor said it is hypocritical for some people in the PDP to criticise Muslim/Muslim ticket, while supporting that a particular region of the country should retain the presidency for another eight years.

He insisted that for the sake of holistic peace, PDP should adhere to the tenets of its constitution, which explicitly recommends that when a presidential candidate emerges from the north, the national chairman should be from the South.

The governor said the clamour for the chairman of the PDP to be zoned to the South will persist until justice, fairness and equity prevail in the PDP.

“This is period that power game is being played. If you don’t have it now, forget it. If anybody tells you, let (Iyorchia) Ayu resign after election is conducted, then you are a foolish person. This is the time decision is being made. This is the time the presidential candidate, national chairman and the leader of campaign will sit, when election is won in February, before the president is sworn in, decisions would have been made.”

The governor disclosed that he has commenced full blown politicking ahead of the 2023 general elections, adding that those who want to undermine him and his allies will be doing so at their own peril.

He thanked Cross River PDP delegates for the support given to him during the presidential primary. According to him, he will remain eternally grateful to them and all the other delegates that voted for him.

Governor Wike said the visit will spur him to continue to support the party in Cross River ahead of the 2023 general elections. He used the occasion to announce the donation of 25 buses to the party.

“This visit will spur me the more to give you support. I am not coming to Cross River to vote, but you are my friends. I have a right to support you.”

He stressed that no living person in the contemporary history of the PDP has made more sacrifice for the party than governor Wike.

Onor commended governor Wike for his steadfast support to the party in Cross River, adding that the intent of the visit was to express their profound gratitude for his unparalleled benevolence.

Similarly, the senator representing Cross River north, senator Jarigbe Agom Jarigbe, noted that without governor Wike’s support, PDP would have been extinct in the State.

On his part, the Cross River State PDP chairman, Venatius Ikem, thanked governor Wike for his unrelenting support to the party.