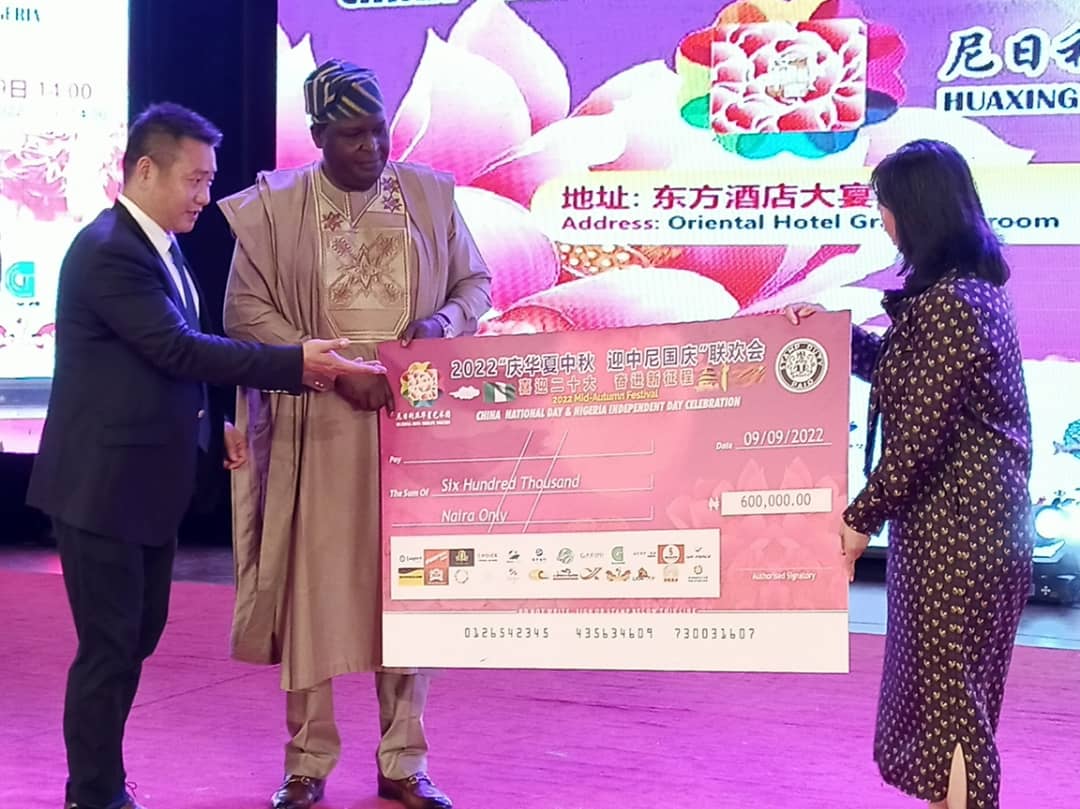 The Director-General, National Council for Arts & Culture (NCAC), Otunba Segun Runsewe, has hailed the People’s Republic of China for being at the forefront of practicing social corporate responsibilities among the Nigerian citizens.

Runsewe made the remarks while addressing a crowd of Chinese and Nigerian nationals and their friends during the 2022 edition of the Chinese Mid-Autumn Festival and National Day celebration at the prestigious Oriental Hotel, Victoria Island, Lagos on Friday, adding that the NCAC was committed to as a “catalyst for consolidating and sustaining China-Nigeria bilateral business, cultural and diplomatic relations for many more years to come.”

The ebullient arts and culture icon who doubles as the President, World Crafts Council (Africa Region) and Chairman, African-China Culture and Arts Exchange Society, lauded the many cultural exchanges between Nigeria and China including the the exploits of the Huaxing Arts Troupe in spreading the beauty and magnificence of Chinese Cultural Performances to Nigerian citizens through school walk-ins among others. He noted that both nations crafts and other artistic expressions are essential components in furthering cultural ties between the two countries.

“It is interesting how through these programmes and activities Nigerian Troupes have learnt Chinese cultural dance and music expressions and vice-versa,” Runsewe said.

He also expressed the willingness of NCAC to be involved in frontline partnership with the China Industrial and Commercial Association towards expanding the scope of those events to Abuja. This, Runsewe said, will promote synergies and grassroot participation, especially in the area of training, capacity building, infrastructural development, grants and exchanges.

“I assure you of the commitment of the NCAC towards serving as a catalyst for consolidating and sustaining China-Nigeria bilateral business, cultural and diplomatic relations for many more years to come.

“This gesture is indicative of the harmonious Relationship between the National Council for Arts and Culture and the Chinese Diplomatic, Business and Cultural Community in Nigeria, which has continued to flourish under my leadership as Director General of the NCAC, President, World Crafts Council, African Region as well as Chairman, African-China Culture and Arts Exchange Society.

“The NCAC and the Chinese community,” Runsewe continued, “have been hosted and played host to each other in numerous activities, functions and engagements. These include the Pre-INAC Diplomatic Dinners, 50th Anniversary Celebration of Establishing Bilateral Diplomatic Relationship between Nigeria and China, 100 Years Celebration of the Communist Party of China (CPC) among others. Just few weeks ago, the People’s Republic of China actively participated at the 15th edition of the International Arts and Crafts Expo (INAC) 2022 held at Sheraton Hotel and Towers along 25 other countries and over 20 states of the federation, FCT and numerous Arts and Crafts vendors.

“Beyond the immediate, I wish to reaffirm the excellent relationship between the two nations which is not a mere coincidence but one that is designed by nature for the countries to realize their fullness. Our historical similarities are in the areas of population size and strength, Culture, Food (Cuisine), ethnic diversities and nationalities and above all, nations blessed with resourceful people and our status as emerging political and economic powers in our respective continents. Undoubtedly, the two (2) nations have been able to harness these factors to foster mutually beneficial relationship in many facets of life.

“May I also use this medium to recognize the contributions of the entire Chinese Community, specifically the efforts of the China Industrial and Commercial Association for your worthy Corporate Social Responsibility initiatives, aimed at giving back to the community in forms of grants, scholarships, donations, etc. These interventions are indeed laudable and commendable.

“Countless Nigerians that have been positively impacted by these interventions remain ever grateful to China….

“Finally, I wish to heartily felicitate with His Excellency, the Ambassador, People’s Republic of China, the Chinese Consul-General, China Industrial and Commercial Association and the entire Chinese community in Nigeria as you commemorate this auspicious event.”

Also speaking at the event, the Ambassador of people’s Republic of China to Nigeria, Cui Jianchun, stressed that “peace and harmony are key to development.”

The highpoint of the festival was the presentation of awards to desiring Nigerians where Otunba Runsewe bagged an award for Excellent Commitment to Arts and Culture Between Nigeria and China.

The Mid-Autumn Festival is a yearly fiesta. 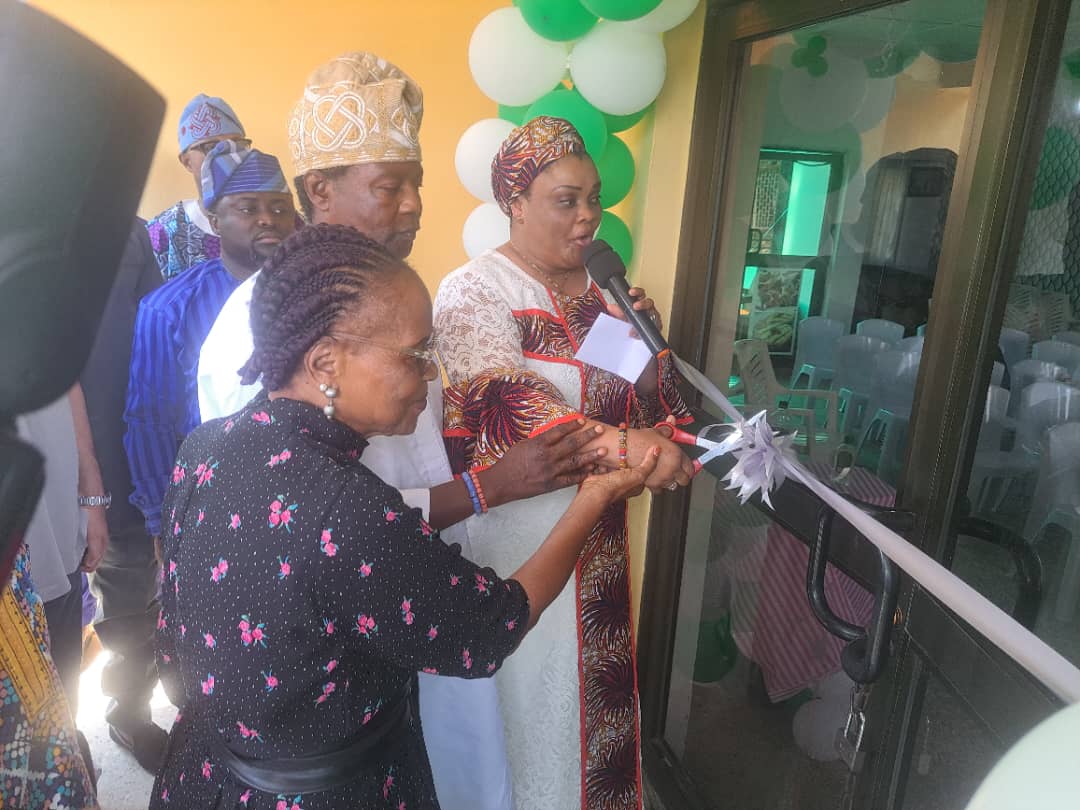 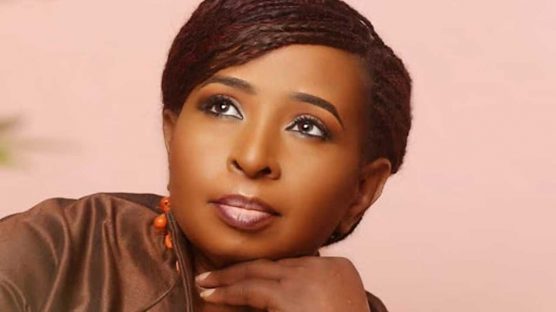 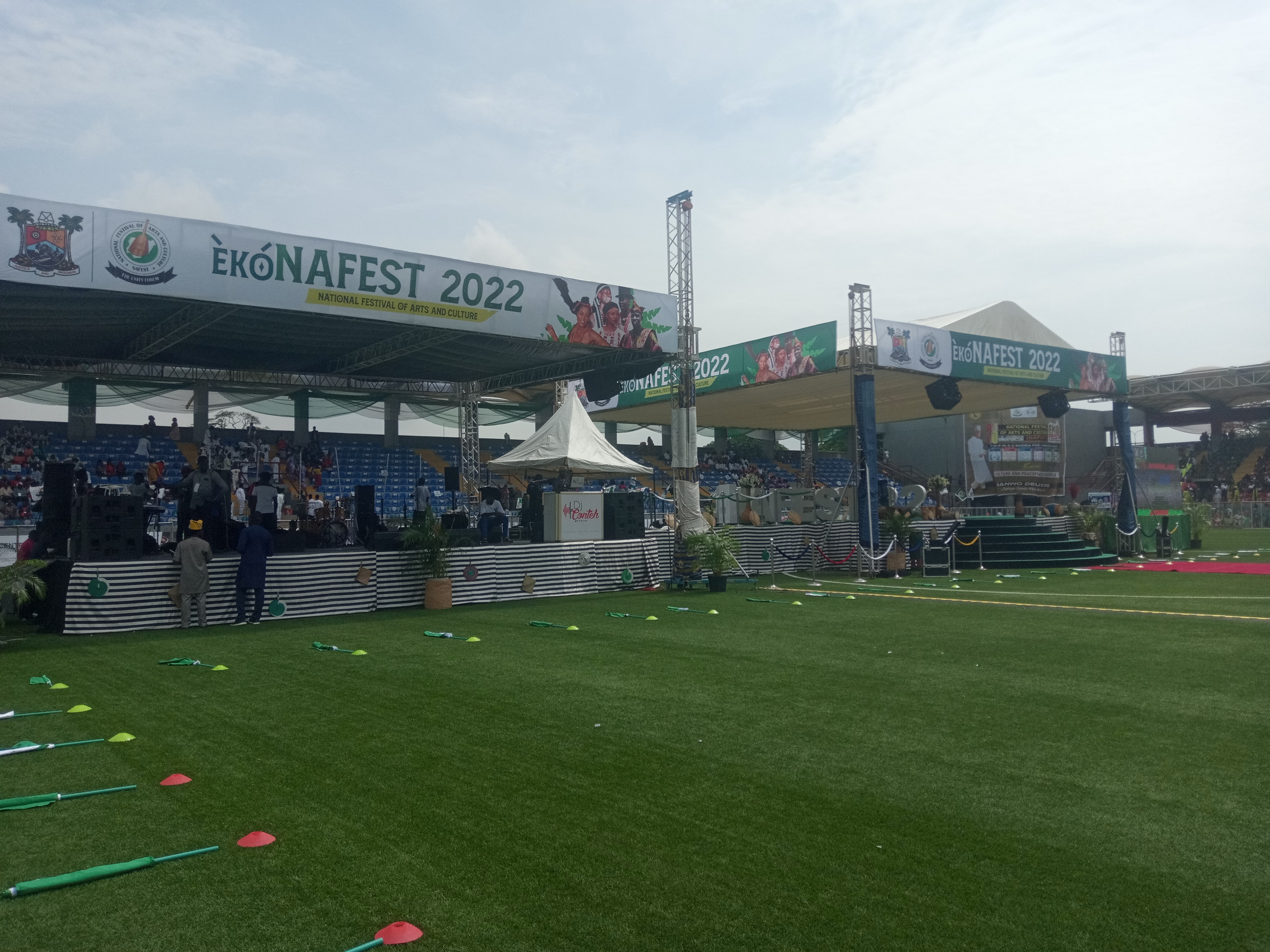