Scholars of constitutional law have affirmed that by taking the Oath of Office, the President of the Federal Republic of Nigeria commits himself to specific goals of general nature to wit:(i) bear allegiance to the Republic;(ii) faithfully discharge his duties in accordance with the Constitution;(iii) strive to preserve the fundamental objectives and principles of state policy;(iv) avoid influence caused by personal interest;(v) abide by the code of conduct; and(vi) treat all people equally under the law”.

Overtly and covertly, through body language and coded speeches, the members of the National Assembly have at one time or another called for the impeachment of President Muhammadu Buhari. What they distinguished members have lacked the courage to do so far is to muster enough willpower to move a motion on the floor of the house, quoting relevant sections of the constitution, citing instances and then ask for the removal of the President. No one has done it. No one has enough liver to it though many of them have come close with their ‘tongue in cheek’ mode of speaking. But removing a President has nothing to do with speaking tongue in cheek.

The closest however the members of the House of Representatives came was in April of 2018 when as major online platforms put it, they “called for President Muhammadu Buhari’s impeachment for approving the withdrawal of sum of $496 million without their nod”.

On the said day, the ‘honourables’ were livid, saying the President had really overstepped his boundary.

The President had written to the house, defending his approval of the money used for the procurement of 12 Super Tucano aircraft from the US. The money was said to have been withdrawn from the excess crude account (ECA).

In the letter written, Buhari said he had anticipated the lawmakers would approve the withdrawal.

Citing sections 80 and 81 of 1999 constitution, Kingsley Chinda, from Rivers state, said the Nigerian law does not recognise “anticipatory approval”.

“There is nowhere in our law that talked about anticipatory approval. We cannot sit down and allow this to take place. It is an impeachable offence. There is no infraction that is worse than this. Let us not continue to sleep. I propose that we commence the impeachment of Mr President,” he said.

Nothing was heard of Hon Chinda’s proposition ever again.

Ever since the present administration assumed office in 2015, the country has basically been divided along many lines, creating two broad bases of core loyalists to the president irrespective of how right or wrong his actions are, and the agitators/critics no matter what is presented on the table.

But stakeholders are of the opinion that the President has consciously or otherwise fallen short of the dictates of the constitution he swore to defend, thereby creating spaces for the National Assembly to begin the process of removing him from office. They added that for reasons yet unknown, the National Assembly has failed to live up to expectation.

Section 143 of the 1999 constitution (as amended) deals with the removal of the president and vice-president from office. It is a very long process, taking at least three months to complete.

(2) Whenever a notice of any allegation in writing signed by not less than one-third of the members of the National Assembly:-

(a) is presented to the President of the Senate;

(3) Within fourteen days of the presentation of the notice to the President of the Senate (whether or not any statement was made by the holder of the office in reply to the allegation contained in the notice) each House of the National Assembly shall resolve by motion without any debate whether or not the allegation shall be investigated.

(5) Within seven days of the passing of a motion under the foregoing provisions, the Chief Justice of Nigeria shall at the request of the President of the Senate appoint a Panel of seven persons who in his opinion are of unquestionable integrity, not being members of any public service, legislative house or political party, to investigate the allegation as provide in this section.

(6) The holder of an office whose conduct is being investigated under this section shall have the right to defend himself in person and be represented before the Panel by legal practitioners of his own choice.

(7) A Panel appointed under this section shall –

(a) have such powers and exercise its functions in accordance with such procedure as may be prescribed by the National Assembly; and

(b) within three months of its appointment report its findings to each House of the National Assembly.

(8) Where the Panel reports to each House of the National Assembly that the allegation has not been proved, no further proceedings shall be taken in respect of the matter.

(9) Where the report of the Panel is that the allegation against the holder of the office has been proved, then within fourteen days of the receipt of the report at the House the National Assembly shall consider the report, and if by a resolution of each House of the National Assembly supported by not less than two-thirds majority of all its members, the report of the Panel is adopted, then the holder of the office shall stand removed from office as from the date of the adoption of the report.

(10) No proceedings or determination of the Panel or of the National Assembly or any matter relating thereto shall be entertained or questioned in any court.

“gross misconduct” means a grave violation or breach of the provisions of this Constitution or a misconduct of such nature as amounts in the opinion of the National Assembly to gross misconduct.

A legal luminary, who prefers anonymity told the Boss that the foot dragging of the National Assembly may be as a result of some factors namely: the long and cumbersome nature of the process of impeachment; the fact that majority of the members in both chambers are the president’s party men, and may not want to eat their own, and lastly, some members may have been monetarily induced to look the other way.

Whichever way the matter is looked, here are a retinue of impeachable offences the President may have committed:

In the first place, the Federal character arrangement, which the country holds dear in the appointment of key officers, is known to have been breached. In the words of one senator of the federal Republic of Nigeria and member of the Akwa-Ibom State Elders Forum, Senator Anietie Okon, that breach is unconstitutional, and whatever goes against the constitution is an impeachable offence.

Hear him: “Again; even in the attempt to people his administration, what we have had is a clear breach of the Constitution.

“The very foundations of this country are very clear. The foundations demand recognition of the differences that have ensured the emergence of a country and it is unacceptable where you fail to recognize the federal character of our make up as a country. This is not only condemnable but poses real danger for the future of this country.

“I have pointed out where there are fundamental breaches and failure in his approach to governance of this country. The cardinal points that ensure that this country remains one cohesive group, one cohesive nation are being threatened by the lopsidedness and cavalier approach to the appointments he is making into the federal system.”

Again, in 2017, it was condemned as an impeachable infraction by President Muhammadu Buhari purportedly directed the World Bank to focus all her developmental assistance to Northern Nigeria.

Recall that the President of the World Bank Group, Jim Yong Kim, said in Washington DC that the bank had concentrated on the northern region of Nigeria in line with President Muhammadu Buhari’s request.

“Despite that, there is so much turbulence in the northern part of the country, and there is the hit that was taken from the drop in the oil prices. Nigeria has to think ahead and invest in its people. Investing in the things that will allow Nigeria to be a thriving, rapidly growing economy in the future is what the country has to focus on right now.”

“Focusing on the northern part of Nigeria, we hope that as commodity prices stabilize and oil prices come back up, the economy will grow a bit more. But very, very much important is the need to focus on what the drivers of growth in the future will be.”

The President’s directive, which he however, later denied as being misquoted, is assumed as constitutionally going against his Oath of Allegiance which stipulates being treating everyone as equal before the law.

A group that took up the matter at the time, urged the National Assembly to begin an impeachment process because a breach of constitutional oaths of office as contained Under Sections 140(1) and 140(2) of the constitution, is extensively damaging.

Probably the most brazen of them all was the withdrawal of $496million for the purchase of aircraft from the United States from the excess crude account, a move made some senators and representatives to call for the President’s impeachment.

Section 143 of the Nigerian constitution provides for the removal of the president from office.

Making the call, Matthew Uroghide, Edo State, said President Buhari’s move was a violation of the constitution and thus, he should face the consequences. He was supported by Senator Chukwuka Utazi.

The catalogue is not exclusive of the President’s inability to call his security chiefs to account in the midst of the spate of religious and ethnic killings across the country, and taking into account the abandonment of statutory duties for accumulated 150 days

Senator Enyinnaya Abaribe representing Abia once berated the President as incompetent, a fact which other senators such as Ben Murray-Bruce, Marafa, Shehu Sani among others have echoed.

The question remains when will the big stick be wield in the midst illegality which stakeholders have said the government of the day represents. 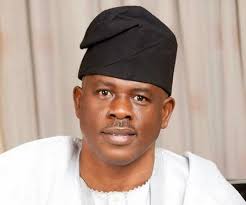 Femi Otedola Reveals” Some Wrote Me Off But Like Tiger Woods, God Changed My Story”