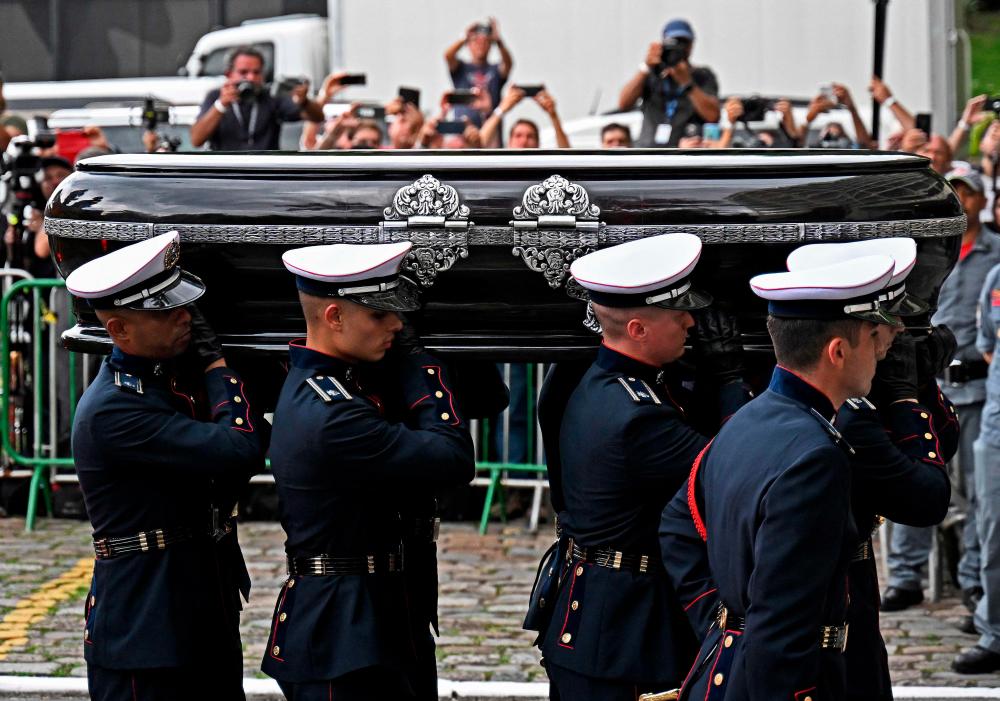 Pele was buried in his final resting place Tuesday as millions of fans in Brazil and around the world mourned the sports legend.

Newly inaugurated President Luiz Inácio Lula da Silva paid his respects at Vila Belmiro, the stadium where Pelé played for most of his career.

Pele was being laid to rest in the city where he grew up, became famous, and helped make into a global capital of his sport. Mass was held at the Vila Belmiro stadium before the black casket was driven through the streets of the city of Santos in a firetruck.

It was taken into the cemetery as bands played the Santos team’s official song, and a Catholic hymn. Before the golden-wrapped casket arrived, attendees sang samba songs that Pelé had liked.

“Where’s Ronaldo Nazario? Where’s Kaka, where’s Neymar?” asked Claudionor Alves, 67, who works at a bakery next to the stadium. “Do they think they will be remembered like Pele will? These guys didn’t want to stop their vacations, that’s the problem.”

Another notable absentee was Jair Bolsonaro, whose term as president ended Dec. 31. A day before, he departed capital Brasilia on a flight to Florida, shirking the ceremonial duty of passing the presidential sash to Lula. Bolsonaro is staying in a condominium complex outside Orlando and has been filmed speaking to neighbours.

Among those at the stadium was Pelé’s best friend Manoel Maria, also a former Santos player.

“If I had all the wealth in the world I would never be able to repay what this man did for me and my family,” Maria said. “He was as great a man as he was as a player; the best of all time. His legacy will outlive us all. And that can be seen in this long line with people of all ages here.”

FIFA President Gianni Infantino told journalists that every country should name a stadium after Pele. “I am here with a lot of emotion, sadness, but also with a smile because he gave us so many smiles,” Infantino said. “As FIFA, we will pay a tribute to the ‘King’ and we ask the whole world to observe a minute of silence.”

Another fan and friend in line was Brazilian Supreme Court Justice Gilmar Mendes. “It is a very sad moment, but we are now seeing the real meaning of this legendary player to our country,” Mendes told journalists. “My office has shirts signed by Pele, a picture of him as a goalkeeper, also signed by him. DVDs, photos, a big collection of him.”

Geovana Sarmento, 17, waited in the three-hour line to view his body as it lay in repose. She came with her father, who was wearing a Brazil shirt with Pelé’s name.

“I am not a Santos fan, neither is my father. But this guy invented Brazil’s national team. He made Santos stronger, he made it big, how could you not respect him? He is one of the greatest people ever, we needed to honor him,” she said.

Caio Zalke, 35, an engineer, wore a Brazil shirt as he waited in line. “Pele is the most important Brazilian of all time. He made the sport important for Brazil and he made Brazil important for the world,” he said.

In the 1960s and 70s, Pele was perhaps the world’s most famous athlete. He met presidents and queens, and in Nigeria a civil war was put on hold to watch him play. Many Brazilians credit him with putting the country on the world stage for the first time.

Rows of shirts with Pele’s number 10 were placed behind one of the goals, waving in the city’s summer winds. A section of the stands was filling up with bouquets of flowers placed by mourners and sent by clubs and star players – Neymar and Ronaldo among them – from around the world as loudspeakers played a song named “Eu sou Pelé” (“I am Pele”) that was recorded by the Brazilian himself.

The crowd was mostly local, although some came from far away. Many mourners were too young ever to have seen Pelé play. The mood was light, as people filtered out of the stadium to local bars, wearing Santos FC and Brazil shirts.

Claudio Carrança, 32, a salesman, said, “I never saw him play, but loving Pele is a tradition that goes from father to son in Santos. I learned his history, saw his goals, and I see how Santos FC is important because he is important. I know some Santos fans have children supporting other teams. But that’s just because they never saw Pele in action. If they had, they would feel this gratitude I feel now.”

Pele Will Be Buried on Monday, Tuesday, Says Santos FC 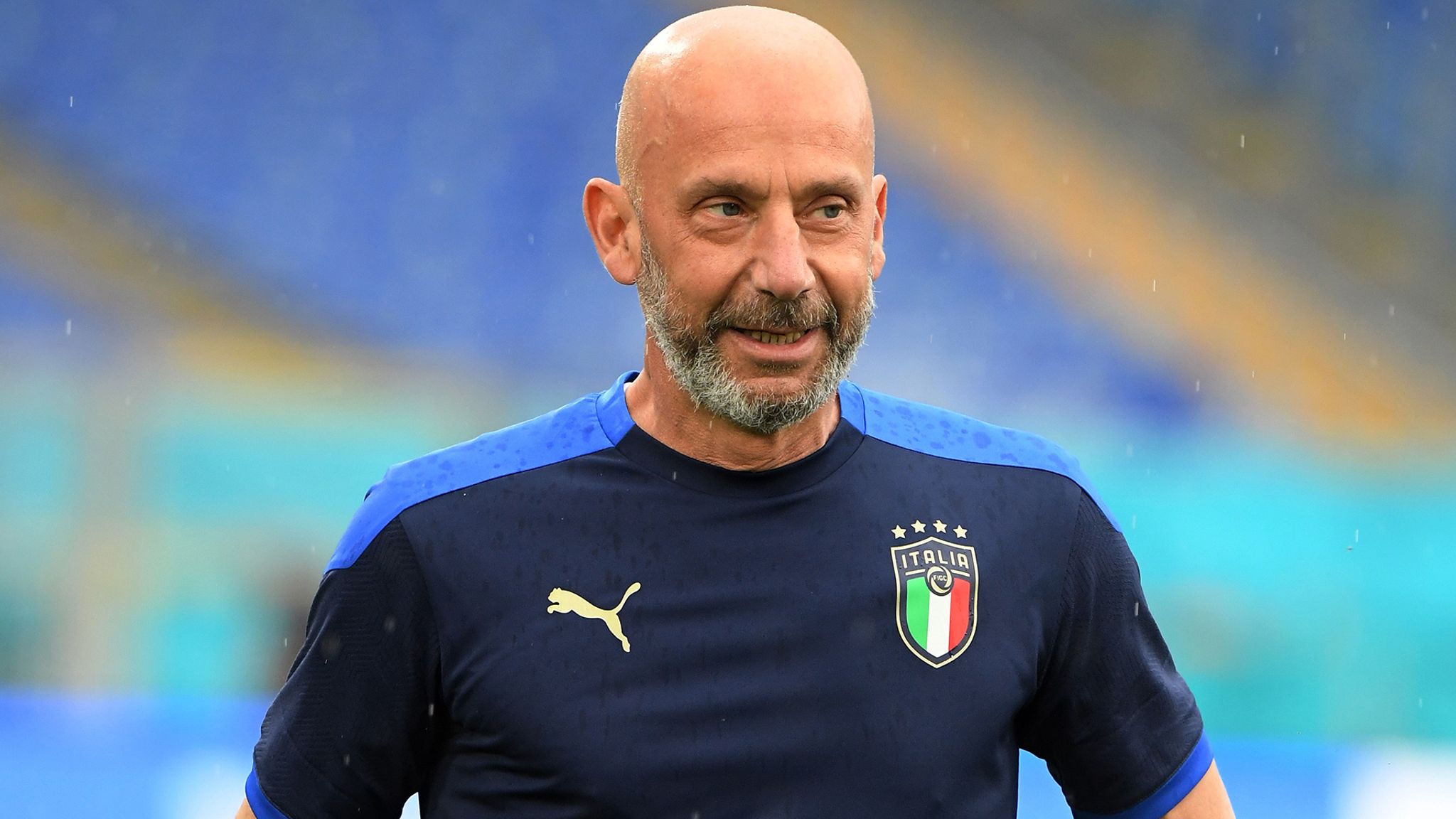 Former Chelsea striker and manager Gianluca Vialli has died at the age 58.

Vialli was diagnosed with pancreatic cancer in 2017 but after saying in April 2020 that he had been given the all-clear, he was re-diagnosed in 2021.

He announced a temporary leave from his role with Italy’s national team in December to focus on his health.

“Gianluca was a splendid person and he leaves a void that cannot be filled,” said Italian Football Federation president Gabriele Gravina.

“I hoped until the end that he would be able to perform another miracle. Yet I am comforted by the certainty that what he did for Italian football and the blue shirt will never be forgotten.”

Vialli played 59 times for Italy, making his debut in 1985, a year after joining Sampdoria where he would win the Serie A title and European Cup Winners’ Cup during eight seasons with the club.

He also helped Sampdoria reach the 1992 European Cup final but after losing to Ajax, he moved to Juventus for a then world record fee of £12m. Vialli spent four seasons with Juve, winning the Champions League, Uefa Cup and Serie A titles.

He joined Chelsea on a free transfer in 1996 and became player-manager in 1998.

Vialli was the first Italian to manage a Premier League side, taking over from the sacked Ruud Gullit late in the season, and went on to lead the Blues to victory in the League Cup, Uefa Cup Winners’ Cup and Uefa Super Cup.

He also guided Chelsea to victory in the 2000 FA Cup final and Charity Shield but was sacked early in the following season after a poor start.

The striker also had a short spell at Watford, then in the second tier, during the 2001-02 season but was dismissed after the Hornets only finished 14th. 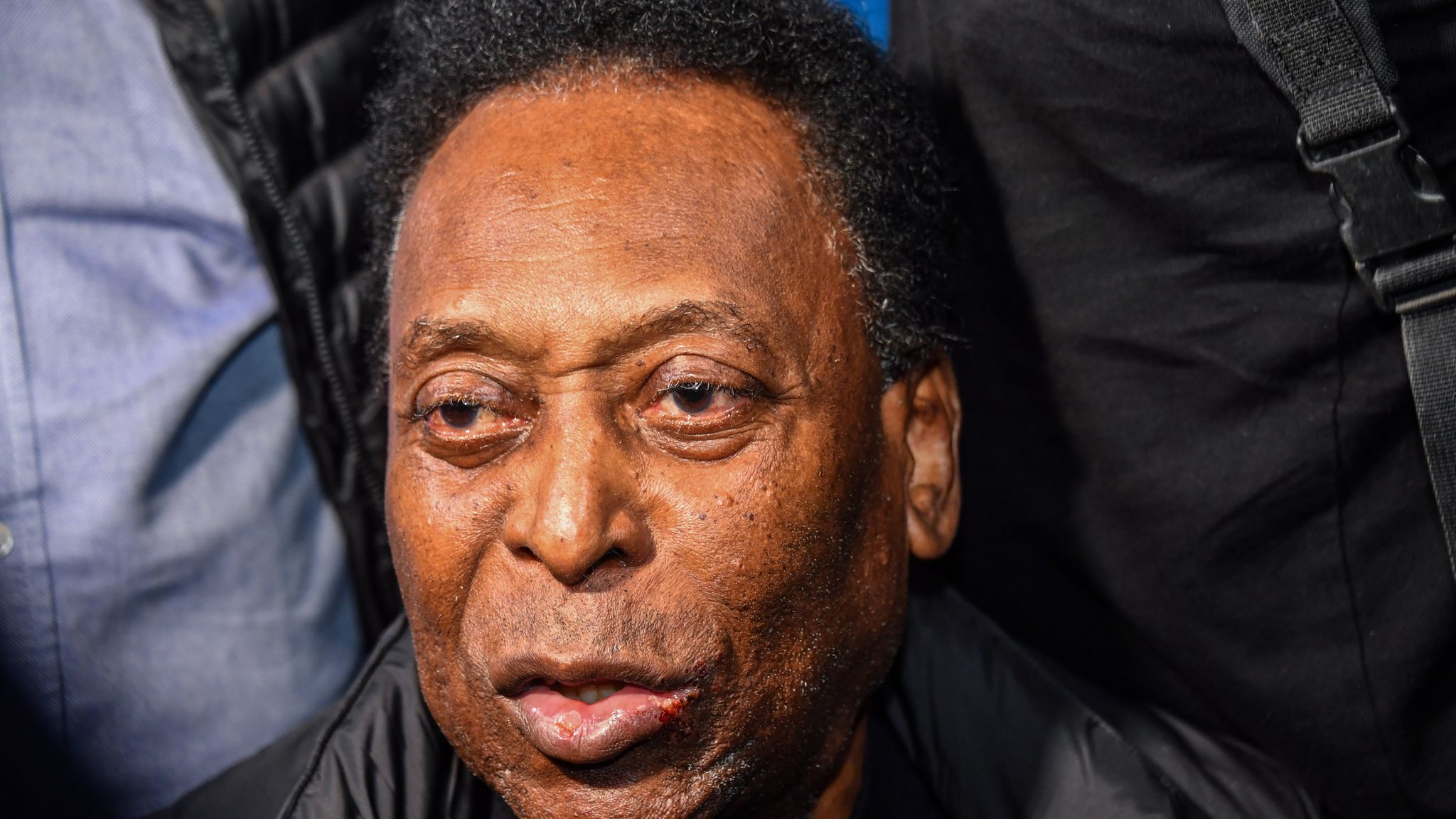 Cape Verde has become the first country to name a stadium after Pele following FIFA president, Gianni Infantino’s call for every nation to do so, Standard UK reports.

The Prime Minister of the African country said they would name their national stadium – Estádio da Várzea – after the Brazil great, who died aged 82 on December 29.

Cape Verde, which is made up of a group of islands to the west of the main African continent in the Atlantic Ocean, shares Portuguese as a common language with Brazil.

Prime Minister Ulisses Correia e Silva said Brazil and Cape Verde had a history and a culture that “go hand in hand, considering that they are two sister countries, linked by language and by very similar identities”.

“Pele was and will always be a reference in Brazil, in our Portuguese-speaking world and in the rest of the world, being an idol that connects several generations,” the Prime Minister added.  ”As a tribute and recognition to this figure who makes us all great, I manifest the intention (of the Government) to name our national stadium as ‘Pele Stadium’ in an initiative to which, I believe, several countries around the world will accompany us.”

The official Cape Verde government website said that the executive had already notified FIFA of its intention to change the name of the stadium.

Infantino told reporters in Brazil on Monday: “We’re going to ask every country in the world to name one of their football stadiums with the name of Pele.”

Pele was laid to rest in Brazil on Tuesday after lying in state for 24 hours at the Vila Belmiro Stadium, the home of his former club Santos.

Pele Will Be Buried on Monday, Tuesday, Says Santos FC

The burial of the late football legend Pele has been set for Monday and Tuesday.

The wake will be held on Monday and his body will be laid to rest on Tuesday at his Santos home, where he enchanted the world, according to his former club.

“The wake for the greatest footballer of all time will be held in Urbano Caldeira Stadium, better known as the Vila Belmiro, where he enchanted the world,” Santos football club said in a Thursday statement, adding that Pele would then get a funeral procession through the city’s streets before a private burial ceremony.

The body of Pele, who died at the age of 82 on Thursday, will be taken from the Albert Einstein Hospital to Estádio Urbano Caldeira in Vila Belmiro Monday morning, and the coffin will be placed in the centre of the pitch. The wake is expected to begin at 10am.

Those who want to pay their last respect to the King of Football will enter through two gates and separate to politicians and the authorities.

The ceremony, according to a Daily Mail UK report, will continue until 10am on Tuesday, January 3, when the parade will take place through the streets of Santos.

It will pass through Canal 6, where Pele’s 100-year-old mother, Celeste, lives, before heading to the Ecumenical Necropolis Memorial for the private burial reserved for family members.

The press will have access through gate 20 and prior registration will be required, by email, with the rules informed on the club’s official website, according to Daily Mail UK.

Pele, who had been in hospital since late November, died at the age of 82 following a long battle with colon cancer.

The legend’s daughter, Kely Nascimento, confirming Pele’s passing wrote in a social media post, “Everything we are is thanks to you. We love you infinitely. Rest in peace.”

There was a message to the three million followers on Pele’s official Twitter account, too: “Inspiration and love marked the journey of King Pele, who peacefully passed away today. Love, love and love, forever.”

Tributes have continued to flow in for the only man to win the World Cup three times, first as a 17-year-old in 1958, again in Chile four years later and then the iconic third win in Mexico in 1970.