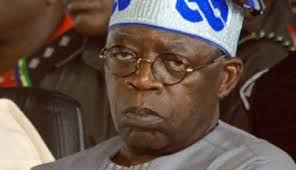 Some South-West chieftains of the All Progressives Congress (APC) led by Asiwaju Ahmed Bola Tinubu, has held a meeting with the Ekiti State APC governorship aspirants in a bid to seek a common ground on the rescheduled party primary election.

The meeting was held behind closed doors at the Lagos State Government Lodge Annex in Abuja on Tuesday night.

The meeting, which started at about 4pm had almost all the 33 aspirants in attendance.

It was gathered that the meeting was part of the efforts by the party leaders from the zone to broker peace and find a way forward after the botched party primary in Ekiti even as the Peoples Democratic Party (PDP) held a hitch free primary on Tuesday.

After the first round of talks which lasted for about two hours, Chief Bisi Akande stepped out of the hall of the meeting closely followed by Tinubu.

When approached by newsmen for comments, Akande said the party leaders were mandated by the aspirants to meet and come back with a decision.

He said, “We (leaders) were asked to go and meet and come up with a decision…”

In response to a question whether a consensus candidate was to be expected, he said, “I cannot tell you that…”

Soon after,  Asiwaju held him by the hand and told reporters, “We are going for  (a) caucus (meeting), we will get back to you.”

A source privy to the meeting had earlier informed The PUNCH that the meeting, which was scheduled for 2:00 pm, was shifted to 4:00 pm because some of those expected for the meeting were held up at the Akure Airport.

One of the aspirants, the Minister of Mines and Steel Development, Dr. Kayode Fayemi, however, left the venue of the meeting before the commencement of the second round.

Although he did not speak to reporters, another aspirant, Segun Oni, dismissed insinuations that Fayemi walked out of the meeting.

In response to a question whether Fayemi walked out of the meeting, Oni said, “Nobody walked out. We met and asked our leaders to go and meet and take a decision which we will abide by.”