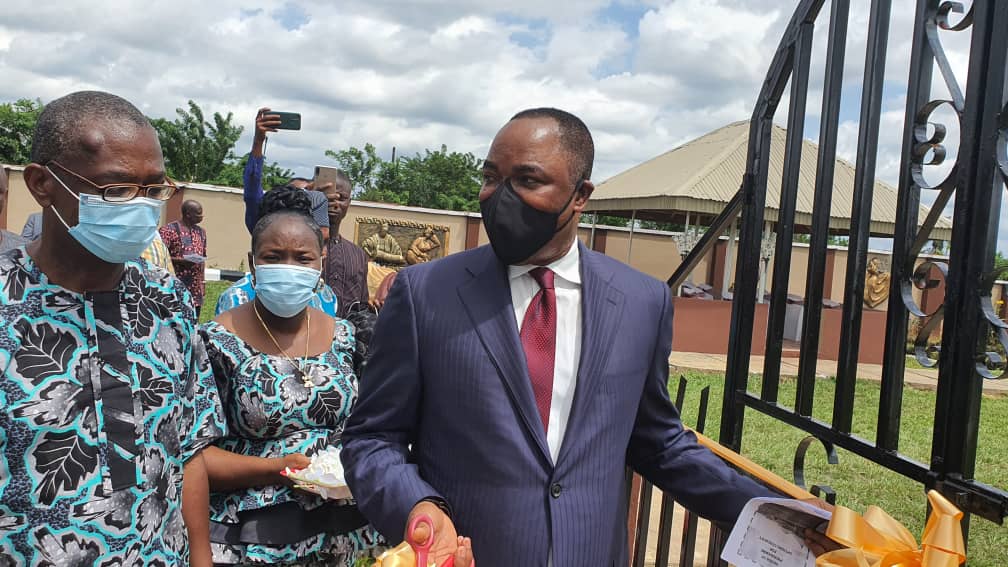 Located in the heart of the ancient city, the unveiling of the posh Event Centre took place amidst glitz and fanfare, and was witnessed by a wide array of the crème-de-la-crème of the Osun social circle, executives in the corporate world and the hospitality industry.

Dr Ayeni, while been conducted on a tour of the facility by the MD/CEO of Bernadina Gardens, Hon. Tayo Alafe-Aluko, praised the promoter of the project for deeming it fit to build such a luxurious masterpiece at the heart of Ilesha town, saying it would definitely boost commercial activities in and around the town.

In his remarks, Ayeni lauded Barrister Tayo Alafe-Aluko for conceiving and executing a project of such standard in Ilesha. To support the initiative, Dr Ayeni promised to boost power supply in the area with an additional transformer which will be installed in the next two months.

Dr. Ayeni however implored electricity consumers to regularly pay their bills as that is the only way to ensure regular supply of electricity.

Present at the opening ceremony was the Alara of Ara, HRM, Oba (Dr.) Windapo Olubayo Adesola who conducted the unveiling of a commissioned statue and mural at the event centre.

In his closing speech, Hon. Tayo Alafe-Aluko thanked the guests for honoring the invitation, while promising that Bernadina Gardens is poised to raise the bar in the hospitality sector in the state.

Guests at the event also expressed their delight at the siting of such a structure in Ilesha, showering praises on the promoter of the facility.

Dr Olatunde Ayeni also visited the IBEDC facilities and offices at Ilesha. In his remarks at the IBEDC offices, Dr. Ayeni urged the workers to ensure the maintenance and proper care of company’s assets at their disposal and implored them to avoid wastages.

FIRS and Rivers State Government: Who Should Collect VAT?