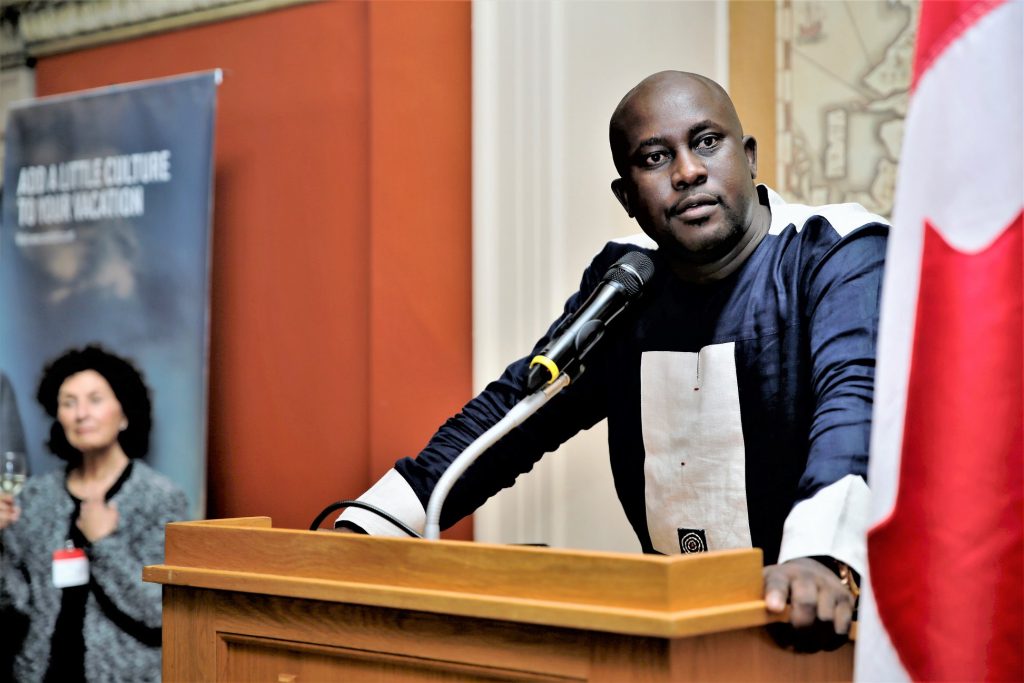 My brother from another mother, Bayo Aregbesola, a Director in Canada’s Federal civil service, reminds me of something that happened during our days at the University of British Columbia in the 1990s. Those were our wild oats graduate student days. We crawled the nightclubs of Vancouver to get our beering right between intra and interracial dating.

Coming from strong Christian homes back in Nigeria (Christian in the traditional sense of what is known as the old orthodox churches in Nigeria, not the nightmare called Christianity in Nigeria today), we ended up infrequently in church on Sunday – after heavy clubbing on Saturday – just to satisfy the perfunctory conscience business of not being too many miles away from the truth when you told your parents on the phone that you were still going to church. If you went to Church two or three times a year, technically you weren’t lying by reassuring Mama Adesanmi on the phone that you were still her “church going son”. You added a “Hail Mary” here and a “We Fly to Thy Patronage” there to reassure her that your prayers could still flow effortlessly.

But I doth digress too much. So it happened that one of our buddies ended up in church with his white Canadian girlfriend. He had the misfortune of taking her to one of those Nigerian churches. Africans tend to ghettoize their Christianity a lot in Euro-America. You leave Nigeria and attend a Church in Euro-America peopled exclusively by Nigerians reproducing and photocopying Nigeria on Sunday. Ditto for Ghanaians, Congolese, etc. Sometimes, some Churches try to reproduce the African Union by drawing membership from across the continent.

Ah, another digression. Where was I? Ehen, so this guy takes his Canadian girlfriend to a Nigerian church. You guessed right: one of these prosperity Pentecostal churches. Praise worship, prayers, testimony, seed, and miracles. The Pastor began to rain miracles furiously into the lives of his sheep. Rapturous amens in the hall. Nigerian decibel levels. Then the Pastor asked the students in the room to stand up as well as all those who had recently graduated. He began to rain miracles into their lives.

“Anyone among you whose life is shackled by the spirit of student loans, I come against that spirit! Your student loans shall be written off!”

“I say your student loans shall be forgotten!”

“I say Canada shall wake up tomorrow and find your name missing in the student loans register.”

Our Nigerian buddy noticed that his Canadian girlfriend had become really uncomfortable so he asked that they step out.

“Your Pastor. What he is saying about student loans ain’t right. That is so wrong. When you take the loan, it is your responsibility to pay it back for the education of the next generation. You don’t go about praying for miracles to cancel it. It ain’t right.”

Yeah. True story between a Nigerian buddy and his Canadian girlfriend in Vancouver in 1998. The difference between the psychology of this Canadian lady and the Nigerian psychology that is so tragically often on the display on social media is civics.

That Canadian girl has one head, two hands, and two legs like you. But her society did not destroy civics so she grew up understanding the necessity of civic and secular responsibilities to the said society. 99.9% of the miracle prayers and testimony hour rants in Nigerian churches are about ways to cheat the Nigerian state successfully and deprive the coming generation a future of possibilities.

When next you are awarded a contract worth billions of naira and your Pastor prays for you to keep the money without doing the job, remember what the Canadian lady said – that ain’t right.

When next your Pastor obtains a building permit for a two storey building and illegally adds four more storeys to make blood money, remember what the Canadian lady said – that ain’t right.

When next your Pastor uses his chumminess with government to obtain import waivers and avoids paying duties worth billions, money that could be used to build schools and hospitals for the poor, remember what the Canadian lady said – that ain’t right.

When next you steal money meant for roads and hospitals and the EFCC lets you off the hook due to the legendary incompetence of Ibrahim Lamorde and his boys and your Pastor says it’s a miracle – remember what the Canadian lady said – that ain’t right.

Whenever I’m in Nigeria, I always try to attend Pentecostal churches for my own learning experience. I am a student of Pentecostalism in Africa. Their testimony hour is often my target. I wince and shake my head as people reel out tales of getting away with cheating Nigeria in all spheres of her existence to thunderous applause. Miracle. Miracle. Miracle.

Remember, your miracle is why Nigeria is Africa’s tragic embarrassment today.

Miracles are destroying your country.

Civics is the truth.

Ye shall know the truth.

The Amazing Works of Touch-A-Life