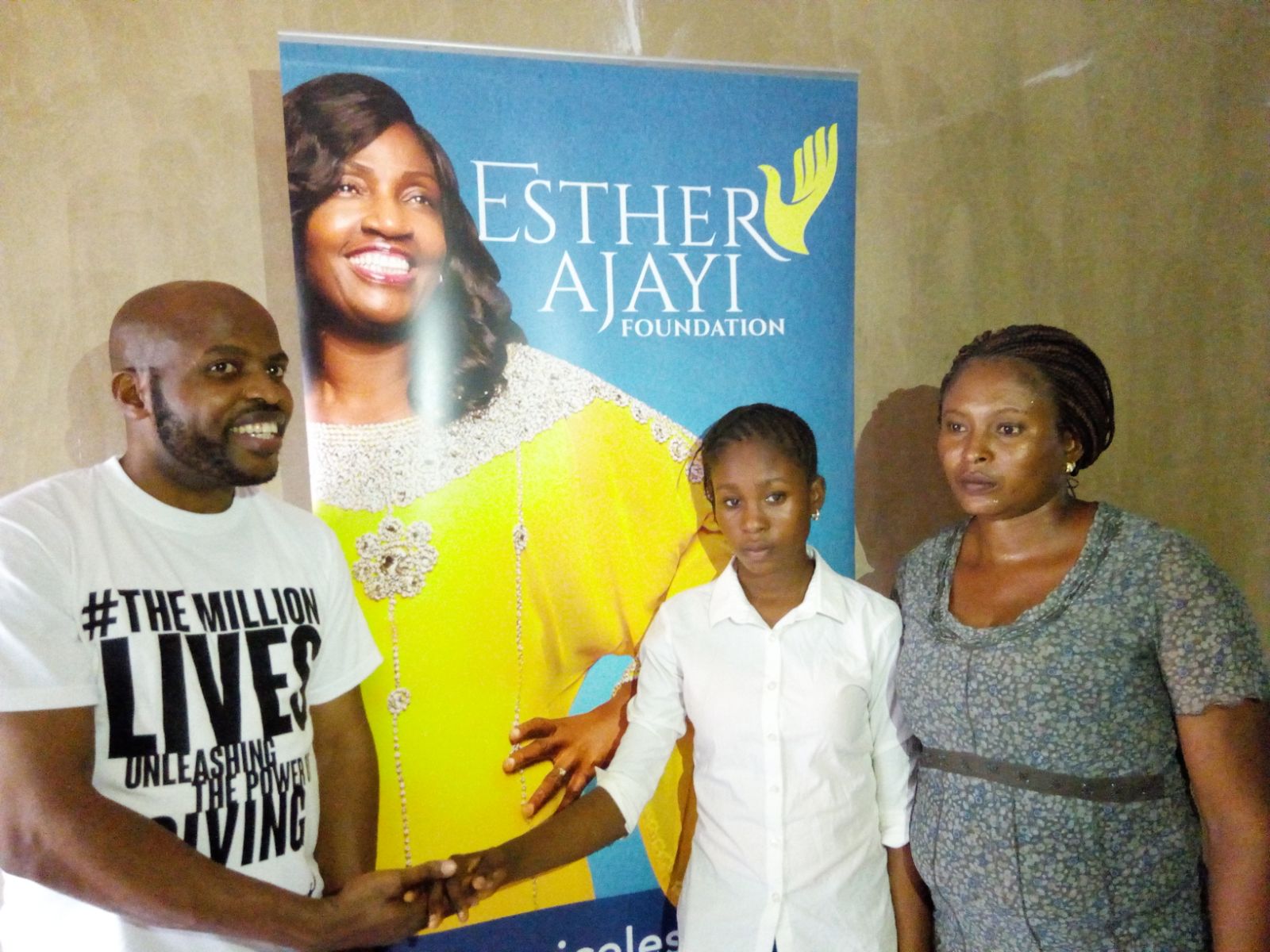 As part of her rescue mission in alleviating poverty and providing succour to the sick, the notable woman of prayer, Reverend Mother Esther Ajayi, has assisted a teenage daughter of a single mother, Oreoluwa Osinbola, to recover her dwindling sight.

According to Mr. Abiodun Paseda, the Founder of Focus on Disability (FOD) Foundation, who facilitated the process, Oreoluwa’s case caught the attention of Reverend Mother Ajayi while on her tour of delivering wealth and health goodies to indigent Nigerians through Mr. Babatunde Balogun, a broadcaster.

Balogun had told Mr. Paseda the story of the only child of a single mother, who was suffering vision loss, associated with ‘flash and floaters’ and in urgent need of eye surgery to correct the defects.

Paseda had promptly travelled to Ibadan to see her and her mother, and they were referred to the University Teaching Hospital, Ibadan, for a series of eye tests. Afterwards, the young girl was referred to Skipper Eye-Q Super Specialty Eye Hospital located at Plot 698 Sanusi Fafunwa Street, Victoria Island, Lagos where the surgery was successfully carried out, and the bill was fully paid by the kindness oriented woman, Rev Mother Esther Ajayi.

Recall that Reverend Mother Esther Ajayi has been in the forefront of providing desirable medical and financial assistance to deserving Nigerians through her Esther Ajayi Foundation. The Foundation has also pledged to affect one million lives this year – a pledge that is almost fulfilled even as the year is still far from ending.

Oreoluwa’s case is one out of the myriads of good tidings Reverend Mother Esther Ajayi and her foundation has unleashed on Nigerians and foreigners alike to make life more meaningful and worthwhile.

For mother and daughter, it was sheer joy and untold happiness as they heaped encomiums on the woman of faith and gratitude, asking God Almighty to constantly bless her with both material and spiritual blessings to continue to dish out God’s love to humanity.

Mother Esther Ajayi is a woman of crazy faith, and a selfless philanthropist, who derives great pleasure in providing support and resources for the homelessness, those in detention camps, as well as poverty-stricken individuals. She is also in the business of rehabilitating offenders, as well as supporting other deserving causes and projects.