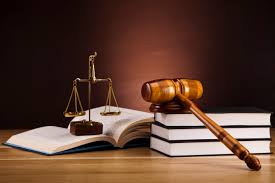 The Delta State Commissioner of Information, Honourable Patrick Ukah and his firm Ventolite Nigeria Limited have been dragged to a Lagos High Court sitting at Igbosere by Nigeria Advertising Service (NAS) Limited for failing to honour his debt obligation to the tune of N16, 025, 000.
According to court documents, Nigeria Advertising Service and her Chief Executive, Ify Onukwuba claimed that the Delta State Commissioner had sought and hired one of their billboards located at Sura Loop, Lagos Island for their client Crusader Sterling Pensions and the services was rendered between 2013 to 2016 but the commissioner and his organization have not been able to pay NAS rent due them for the period to the tune of N16, 025, 000.
However, both parties have initially agreed to a repayment of the said debt at N500, 000 monthly until the total amount is liquidated. The defendant (Ventolite) has allegedly rescinded the agreement after paying N500,000 monthly for two months, leaving a balance of N15, 025,000.
The new court session were initiated on the prayers of the claimant that the defendant should take obligation of the debt and commit to full repayment. Justice Adeniyi Onigbanjo has now referred the case to the Court of Arbitration for the parties to seek amicable settlement on the matter.
Mrs Onukwuba while departing the court premises said she has faith in the judicial system in helping to resolve the case, and hoped that the defendant and his legal team would match whatever resolution reached with action
“We have faith in the court and that is why we brought this case here, to exercise our faith in the system and we are confident of a favourable resolution”
We called the Delta State Commissioner for Information, Mr. Patrick Ukah for comment, who later instructed General Manager of Ventolite Nigeria Marketing, Mr. Wole Morankinyo to respond to our inquiry. Speaking on the issue, Morankinyo said that he has personally called Ify Onukwuba severally and entered into a memorandum of understanding with her on modalities for payment of the said debt.
He explained that his company actually began payment but that payment stopped when Onukwuba went to court. He added that but for the issue in court, the debt would have been liquidated by at least 75 percent.
He explained that the issue of referring the matter to Court of Arbitration was yet to be communicated to his attention, noting that what happened with his company and NAS was nothing personal but a business transaction that should be settled out of court and regretted that going to court stalled payment.

Lawyer Drags Saraki, Senate, Others to Court over Comment on IGP