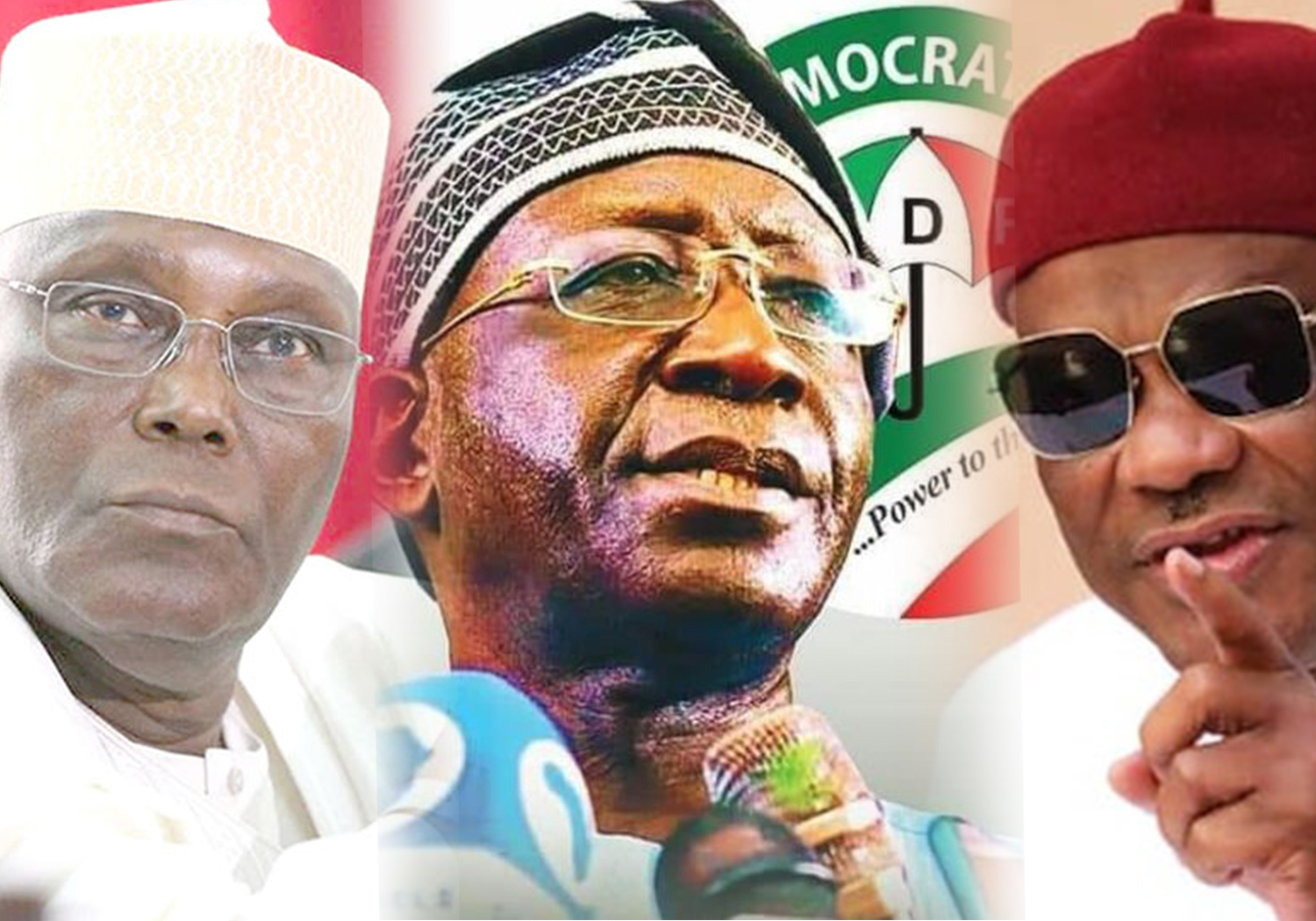 There are indications that the Peoples Democratic Party will not take punitive measures against five of its governors for their recent utterances against the leadership of the party.

Governors Nyesom Wike (Rivers), Samuel Ortom (Benue), Okezie Ikpeazu (Abia), Ifeanyi Ugwuanyi (Enugu) and Seyi Makinde of Oyo states have been consistent in their call for the removal of the PDP National Chairman, Iyorchia Ayu. They hinged their demand on the need for an equitable distribution of the party’s elective offices in line with the PDP constitution.

The PUNCH reports that they specifically noted that since a Northerner, Atiku Abubakar, emerged as the party’s presidential candidate, Ayu (also from the North) should bow out to give room for a Southerner to replace him.

In their determination to press home their demand, the five governors resigned their membership of the PDP Presidential Campaign Council in September and have since openly championed positions considered inimical to the party’s electoral fortunes in 2023.

Meanwhile, these recent events, among others, have led to calls for the governors to be sanctioned to instil some elements of discipline among party members.

However, a former chairman of the Board of Trustees of the party, Chief Bode George, stated that caution must remain the watchword as the party intensifies moves to pacify the aggrieved governors and their allies ahead of the 2023 polls.

He told The PUNCH exclusively, “As an elder, we will continue to appeal to Ayu to put on his thinking cap. Atiku should remain a nationalist because he wants to govern Nigeria.

“Even if the party wants to do so (sanction them), the time is not now. As an elder of the party, if Atiku remains completely adamant that he will not listen and Ayu is blowing tantrums all over the place, whatever anybody wants to do, they will do it. These governors are not pawns on the chessboard, and Atiku should know this.

The PDP elder statesman further maintained that “Even if Atiku wins today, he has already planted discord in the minds of the people. Atiku met with these governors and told them he would bring the chairmanship to the South. If he is playing games with these governors, they are also ready to play games with him. He (Atiku) is thinking that he is already in the Aso Rock Villa.

“People are lying to Atiku, telling him he would win without these governors but he doesn’t know how angry our people (South-West) are. The whole North will vote for him and let’s see how he will get 25 per cent of the South-West’s votes,” he stressed.

Also speaking, Deputy National Youth Leader of the party, Timothy Osadolor, told The PUNCH, “The party in its wisdom has decided to tolerate them. Wike is trying to damage the ticket of Atiku Abubakar so that in 2023 he will position himself for the 2027 elections. If Wike damages Atiku’s ticket, won’t he need the support of Northerners to run in 2027? Wike is putting himself on the wrong side of history and those clapping for him do not know that he is using them for his advantage.”

Also, a member of the PDP National Executive Committee and former National Secretary, Ibrahim Tsauri said Wike and his colleagues “are taking undue advantage of the powers they have,” adding however that the party must continue to explore the path of reconciliation.

According to Tsauri, “The party cannot implement any sanction now because the PDP is a truly national party that is interested in progress, not divisions.”

Taking a different position is a member of the PDP National Working Committee, NWC, who does not want his name in print, was quoted as saying, “Atiku wants Ayu to remain, so what do you want me to say? If the presidential candidate thinks he can win without the support of these governors, good luck to him. Ayu is there with his mouth running, threatening everybody. We wish them the best of luck.”

Peter Obi, Atiku, Condole with Davido and Chioma over Their Son, Ifeanyi’s Death