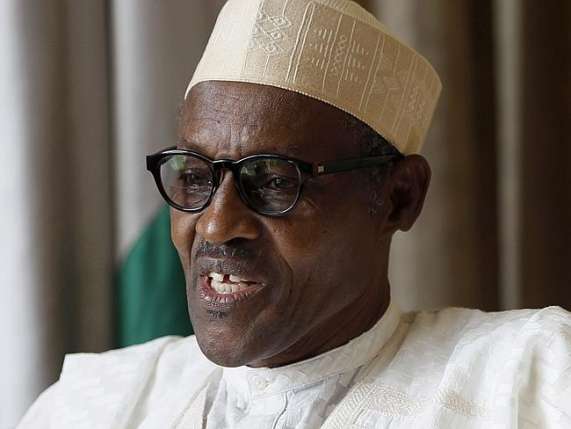 The killings have long been linked to herdsmen, and some herders of the Fulani ethnic stock have claimed responsibility for some attacks.

But the president said Mr Gaddafi, a dictator swept away by an uprising in 2011, was to blame for the alarming dimension the attacks have taken in recent years.

Mr Gaddafi was killed in October 2011 following weeks of violent uprising across Libya, ending his 42-year reign. He was 69.

Prior to his death, which was aided by the Western incursion into the country, Mr Gaddafi reportedly armed his supporters to ward off the rebellion against him. Libya subsequently plunged into a civil war that still lingers nearly seven years later.

In London with the Archbishop of Canterbury Justin Welby on Wednesday, President Buhari said the arms Mr Gaddafi provided to his supporters had filtered into Nigeria where they are now being used to fuel killings across the north-central.

“The problem is even older than us,” Mr Buhari said of killings. “It has always been there, but now made worse by the influx of armed gunmen from the Sahel region into different parts of the West African sub-region.”

“These gunmen were trained and armed by Muammar Gaddafi of Libya. When he was killed, the gunmen escaped with their arms. We encountered some of them fighting with Boko Haram.

“Herdsmen that we used to know carried only sticks and maybe a cutlass to clear the way, but these ones now carry sophisticated weapons,” Mr Buhari said.

He once again dismissed claims that the attacks might have tribal or religious undertone because they largely occurred at Christian-dominated and minority tribes areas, saying those propagating the assertion are doing so for political gains.

“The problem is not religious, but sociological and economic. But we are working on solutions,” Mr Buhari said.

The president has faced criticism from for his response in combating the crisis headlong.

Former Nigerian leaders Olusegun Obasanjo and Ibrahim Babangida have criticised Mr Buhari for not demonstrating the capacity to contain the killings, asking him not to run again in 2019. They had also been joined by Theophilus Danjuma, a former chief of army staff, who admonished citizens to defend themselves rather than wait for security agencies.

Mr Danjuma said the Nigerian security agencies are complicit in the killings, saying many tribes may be wiped out if they wait for federal authorities to protect them.

Both Mr Buhari and the military have separately issued statements condemning Mr Danjuma’s remarks and imploring Nigerians not to arm themselves.

The killings, especially in Benue, Nasarawa and Taraba States, have resulted in over a thousand deaths this year alone. They have also caused humanitarian emergencies in those states, with each of them running camps for hundreds of thousands of internally-displaced persons.

Mr Buhari has long implied that the attackers are foreigners and not herdsmen, contrary to the accounts of villagers who insist they are being killed by herders.

In the past, Fulani leaders have openly claimed responsibility for killings hundreds of villagers, but said they were provoked by the wanton rustling of their livestock.

Following the killings in Benue in early January, leaders of the group in the state vowed that there would be no peace unless the anti-open grazing law being implemented in the state is immediately abolished.

That position has been repeatedly reechoed by senior government officials, including the

Security analysts expressed concerns that Mr Buhari might not have a good grasp of the crisis, despite how frequent it has manifested in recent months.

Mr Nwanze, head of SBM Intelligence in Lagos, said while it is true that some of the arms in Libya have found their ways into Nigeria following the death of Mr Gaddafi, there is little evidence to support the assertion that they are being used in the north-central killings.

“Most arms from Libya that have been tracked end up with Boko Haram by way of N’Djamena in Chad,” Mr Nwanze said.

He said the arms being used in the north-central have been linked to previously intercepted weapons by the Nigerian government.

On the assertion that the killers are not herdsmen or Fulani, Mr Nwanze said “the president may need to reassess his statement” because leaders of cattle breeders association have repeatedly claimed responsibility for deadly attacks or warned of impending ones in the past.

Another security expert who weighed in on the president’s comments with PREMIUM TIMES Thursday morning was Mike Ejiofor, a former director at the State Security Service (SSS).

“It is really unfortunate that the president would go outside to tell the terrorists are coming from Libya,” he said. “We have no borders with Libya and there are no similar senseless killings in other countries which have borders with Libya.”

Mr Ejiofor expressed a splinter support for the president’s assertion that the killers might not be herdsmen, saying he believes some of them are actually terrorists taking advantage of the fluid security situation to further polarise the country.