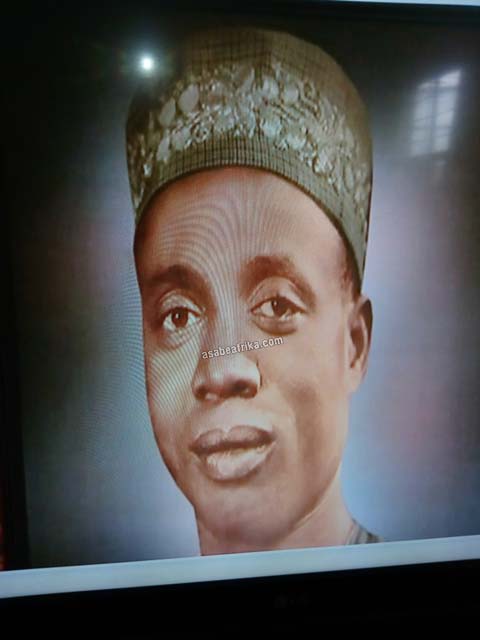 I’ve read it thoroughly and All I can say this. “One day, Taiwo’s story would be rewritten. A man was jailed for life, yet his business flourished and while in prison, he educated 36 children and even died a rich man leaving vast Estate. How many Nigerian politicians encountered such problems and still died rich?

Well, there’s much people don’t understand and would never understand. There was never a time my father begged for leniency. He told that court back then that if he had a hand in the robbery, he would die in prison and if not, he would return and HE DID RETURN.

He went into politics a wealthy man and of course he was a very intelligent and brilliant man nobody could beat. A political strategist that is yet to be equalled in Nigeria.

In his words “I thought it was a big joke. While in detention, the opposition party promised me freedom if I denounced Awolowo and I told them over my dead body. I had a bargain with them which of course they suspected I would not keep to cos they knew I was principled. I was shocked when I was jailed but I knew it was not over”.

A cabal wanted him out of the way at all cost. That’s a story for another day.

Once I watched a TV programme where one Olaifa, a veteran journalist, was interviewed and he was asked if he ever encountered any ordeal in the course of discharging his duty and his answer was “During Oredein’s Robbery case, I was a young journalist and I was very keen on getting to the root of the case. I was privileged to know that the prosecuting attorney was visiting Oredein and I wondered why. Of course, when I was found out, the authority was after me and I had to go into hiding for a while. Of course we, all knew what happened to Oredein”. I do not have anything against the writer, he only rewrote the history he has access to but the people who jailed my father knew he was innocent and GOD vindicated him.

One thing people don’t know however, is that the sugar company that was robbed belonged to him. He was a major shareholder and Partner. More than 40 Tate and Lyle Bicycles were parked in my compound when I was a child and we had the riders deliver proceeds of the day’s sales. How would a man rob himself? Laughable isn’t it? My father was an accomplished businessman and he abhorred crime. He built most of the buildings in The University of Ife with his foreign partner, Gougard, a German. These are facts that can be crosschecked. He was stupendously rich, he was well read, and he was powerful and was a power broker. He single handedly registered AG and others refunded his money later.

Samuel Taiwo Oredein was getting too powerful for them. His words were fire and when he moved, people moved. (According to Odemo of Isara) If only he had betrayed Awolowo, may be his story would be different. Out of all the founders of Action Group, only Oredein has a surviving “First child”. A son, who is going to be 80 yrs old next year. He refused to swear to an oath of allegiance and he never joined any cult. He was a High Chief of Ogere Land and the costume he wore back then “saki” was just honorary. He was a Christian to the core and his success was beyond them all.

He was a man after God’s heart and he came out of it all stronger. He was in prison for 10 yrs and he was still being wooed and was funding politics from there. Were people robbing for him while in prison? May GOD open our eyes of understanding. Once, Pa Jakande, said “Oredein was too open minded…that was what ruined him”. Baba Alayande had this to say “Your father had the Midas touch; he was a mirror they wanted to break at all cost”. Pa Alayande was a clergy. He stood with my father throughout his ordeal and had lunch with him every Sunday after his release till he died. Taiwo was just a big threat. He was too big a bone for their dogs. One day, some day, his story would be rewritten. A man who refused to swear with the life of his son, would swear with common robbers? The robbers even denied knowing him but of course when the state wants you the state gets you. I am very proud of my father and He remains my Hero. He looked at me once and said: “Never ever go into politics and don’t ever be in the company of politicians!”

While he was in prison, we went to the best of schools and had the best of life. He may be their kingpin. He is my Hero, my father, my everything. The man who sacrificed it all for his children. My prayer however is that anyone who judges my father would by GOD’S GRACE find himself in his shoes. They will be wrongly accused and feel the taste of his swear. His accusers apologised and even offered him political posts on his return from prison. They were scared. In their minds, they were like… jagunlabi tun ti de… Awon asiwere.

The man declined all offers and still lived and died in affluence. He bore his cross gallantly. I will walk with my shoulder and head high up and be proud to be an OREDEIN. A man who was predefined but demonized!

Kola Abiola Writes, Thanks Buhari for Honours on MKO Abiola