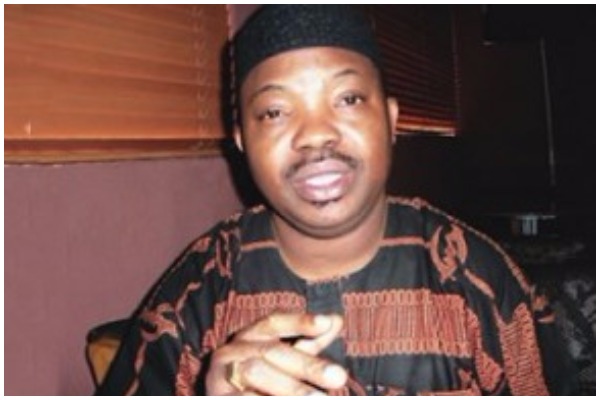 Following the Sunday morning explosion at the home of President General of Ohaneze Ndigbo, Chief John Nnia Nwodo, as a result of a device thrown from an unknown person, the Southern and Middle Belt Leaders Forum has demanded an inquiry into the incidence.

In a press statement issued by the Forum and signed by Mr. Yinka Odumakin, the Forum noted that five days before the attack, Chief Nwodo, on behalf of the Southern and Middle Belt Forum, had decried the persecution General T.Y. Danjuma and his community were made to go through because he called on Nigerians to defend themselves against terrorist incursion since the security agencies were complicit in their duties.

While backing the self-defence call of General Danjuma as lawful and moral, the Forum demanded that thorough investigation into the issue of terror attack on Nwodo’s home should be made public so as to ascertain the fact that there is no cause and effect.

The Forum also expressed its worry over the incessant and intensified terror in the land in the last couple of months.

See the full press statement below:

The Leaders of Southern and Middle Belt Forum has received the initial reports of a bomb explosion that occurred at the Ukehe country home of the President General of Ohanaeze Ndigbo,Chief John Nnia Nwodo at around 5:30 am on Sunday when members of the household were getting ready for the early morning mass.

What has been described as an Improvised Explosive Device ,IED,was said to have been hurled over the fence into the compound causing damage to the windows,the ceiling of  one  the houses in the compound and air conditioning units.

We thank God for Nwodo that he did not suffer any loss of life in this terror attack .

Five days before this ungodly attack ,Nwodo was the spokesman of Southern and Middle Belt Forum Leaders at a press conference in Abuja where we bemoaned the harassments that Gen T.Y Danjuma and his community  have been subjected to over his call for Nigerians to defend themselves against attacks from terror herdsmen whom he alleged have collusion from security forces and operating unhinged.

The Southern and Middle Belt Leaders Forum therefore backed the self-defense call as lawful and moral.

This is why we are demanding a thorough investigation whose report will be made public into the terror attack on Nwodo’s home shortly after this press conference  so as to ascertain that there is no cause and effect in this incident .

We are stiff worried at the intensification of terror in our land but will hold our breath until we have reports of the investigations .

Nigeria Has a Reputation for Massive Corruption – Trump