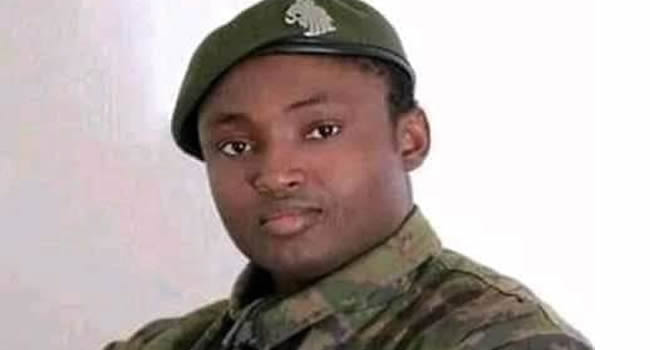 Following the five-day sit-at-home order that has led to the killing of many residents in the South-East recently, Nigerians all over the world are signing a petition appealing to the Finnish government, Nigerian government and the European Union to arrest Simon Ekpa, the brain behind the order.

As of the time of filing this report, 2,761 people on Thursday had signed the petition seeking for Ekpa’s arrest.

Ekpa, a self-acclaimed disciple of the leader of the Indigenous People of Biafra, Nnamdi Kanu, in a viral video, ordered the people of the South-East to observe a sit-at-home from December 9-14, 2022. An order that has been marked by bloodshed and destruction of lives and properties in the region by its enforcers.

Although IPOB, through its Media and Publicity Secretary, Emma Powerful, denied ever issuing any sit-at-home order on the days mentioned above, violence had continued to reign in the region.

Consequently, aggrieved Nigerians are signing the petition calling for Ekpa’s arrest for “terrorism and genocide.”

The petition reads, “We call on the Finnish Government, EU, The Nigerian Government to arrest Mr. Simon Ekpa, and investigate all his heinous crimes and terror activities in Eastern Nigeria.

“One Simon Ekpa (also known as Ifeanyi Njoku), a Nigerian living in Finland, and holding Finnish citizenship, has by proxies, successfully established and coordinated an armed rebel group in Eastern Nigeria whom he now wields to destroy lives, property, and businesses in Eastern Nigeria.

“He’s been seen countless times, using his media platforms in Finland to issue orders to his armed goons in Eastern Nigeria to launch deadly attacks on millions of people in the region for flouting his sit-at-home orders.

“Simon is a separatist fighting for state secession but has never been brave enough to come home and lead the war from the front in Nigeria.

“He is rather igniting and fueling terror on his ethnic group who decline his call for secession.

“Simon’s action is stirring up bloodbath – a genocide in the region, and innocent women, children, the aged and youths are the victims dying everyday.

“Sign the petition, and share it everywhere, to call on the Finnish Government, EU, The Nigerian Government to arrest Mr. Simon Ekpa, and investigate all his heinous crimes and terror activities in Eastern Nigeria.”

The PUNCH reported on Tuesday that the detained IPOB leader, Kanu, condemned the attacks ongoing in the eastern region of the country following Ekpa’s five-day sit-at-home order.

According to the special counsel for Kanu and IPOB, Aloy Ejimakor, who visited Kanu in his DSS detention on Monday, the IPOB leader expressed his sadness over the attacks and expressed his sympathy for the victims.

Ejimakor had said, “I had a visitation with Mazi Nnamdi Kanu today (Monday).

“With profound sadness, he received news of the staggered attacks of the past few days across the South-East, including the one at my hometown.

“He asked me to strongly condemn the attacks on his behalf and convey his comfort to all the victims.”

In a similar report Kanu’s brother, Emmanuel, also condemned the attacks, saying Ekpa had acted like a “paid agent.”

Emmanuel said, “Whatever has happened was completely wrong. There was no order issued by the leader of IPOB.

“It beats my imagination that somebody who claims to be fighting for the cause of Ndigbo will at the same time be engaging in activities injurious to the same people.

“There is no doubt he is working for some people because no true-blooded Igbo will do something to jeopardise the lives of Igbo people. The leader has always said that he cannot take a life because he doesn’t give life. So, why will people take other people’s lives?

“Why will you kill the same people you say you are fighting to protect? It doesn’t make sense. It is just obvious that Ekpa is working for some people to destroy what the leader has built over the years. Why would he give a sit-at-home order? Under whose authority will he do that?

“My brother (Nnamdi Kanu) told me clearly that he did not authorise any person or group to order for sit-at-home. So, why do that? Who is he doing it to impress? It is only a paid agent that will behave the way he does,” Emmanuel concluded.