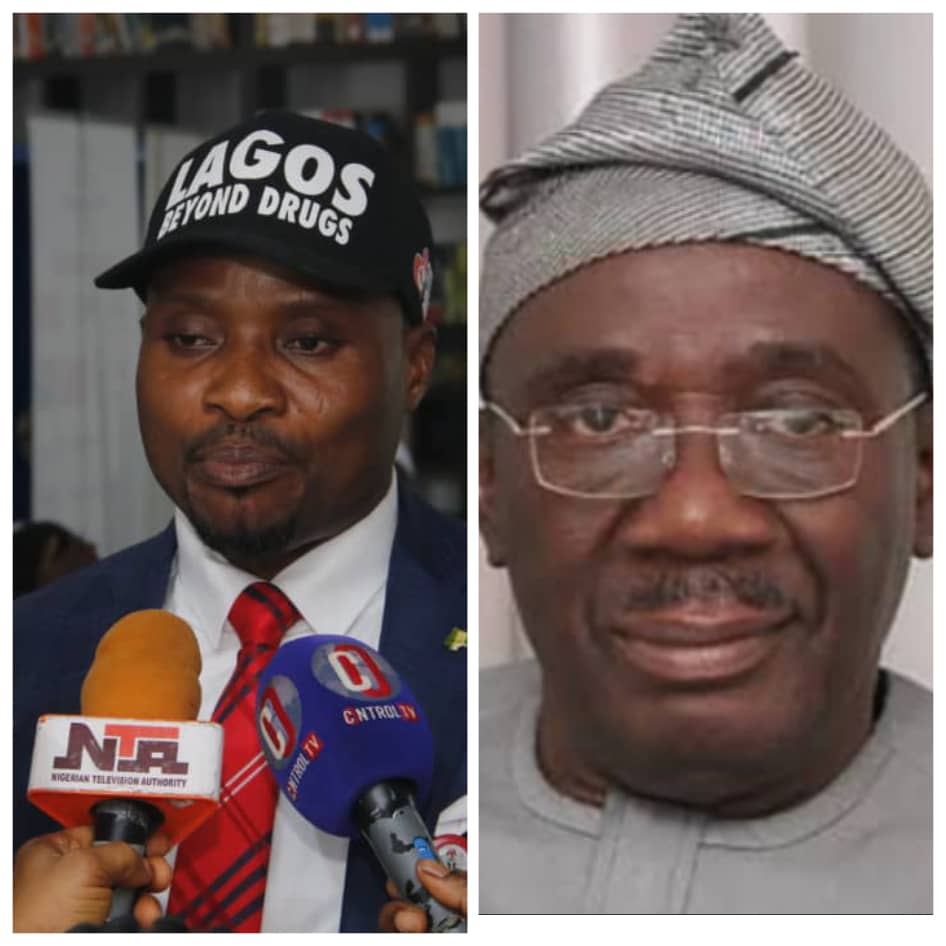 Following the appeal by the senator representing Osun East Senatorial zone, Francis Fadahunsi, that celebrities and entertainers should be exempted in the war against drugs and substance abuse, Anti-drug Advocate , founder /president Silec Initiatives, Sunny Irakpo, has condemned the call, saying that “It is so disheartening, unfatherly, unpatriotic and highly ridiculous that a Senator of the Federal Republic of Nigeria who should be a role model and custodian of values would say something as repulsive as this in this critical moment when Nigeria is combating with so many challenges including insecurity, value depreciation and criminality.”

He opined that for a Senator to voice that the Nation Drug Law Enforcement Agency (NDLEA) and other regulatory bodies that are against the use of hard drugs to develop soft spots towards entertainers, simply because he feels that the entertainment industry is arguably one of the most lucrative industries that is accommodating many Nigerian youths in depressing economic condition, this position for me is not logical, belittling, unacceptable and will never hold water .

“The Senator said ” and I quote, “The only area where the youths are doing well is in the entertainment industry. That’s why I’m pleading with the National Drug Law Enforcement Agency (NDLEA) not to take the fight against drug abuse to their domain.”

As a well known anti-drug and advocacy organization in the forefront of sensitization that has witnessed first hand damages of drug abuse for over a decade in the lives of the youths in the country , we caution the law maker not to use his highly exalted office to promote drugs and cause more family and Nation troubles but rather use his office to educate on dangers of drugs and applause agency such as NDLEA that has done wonderfully in the history of Nigeria under the Buba Marwa’s administration.

Silec Initiatives therefore find this statement ludicrous and highly antagonizing to the incredible work of the Brig. Gen. Buba Marwa-led NDLEA who is saving the youths and Nation from further destruction.

Dear lawmaker since you feels that many Nigerian youths mismanaged the proceeds of COVID-19 palliatives, hence they sought refuge in the entertainment industry, agreed that the entertainment industry a good platform that should be used to absorbed the energies of youths meaningful and Government at all levels should give the industry serious attention so youths can use such channel productively to better their lives ; that should be your take and not you requesting NDLEA not to do their work as required by law . I throw this to you , because entertainment industry is lucrative so youths should deeply engaged themselves in drugs?. I think you are cut-off on reality of how drugs is currently destroying the lives of promising Nigerian youths from the family, community and National level.

You should know that countries of the world are taking drugs issues very seriously and capital punishment await violators of which many Nigerians are in a death roll just to be executed for drug trafficking.

As well meaning Nigerians have come out to challenge a parliamentarian like you with misplaced priority, questioning your motive for making such plea, we join to condemned in totality your uncalculated statement directed as read.

As good as entertainers are ,are you not aware that same entertainers have reck havoc to the lives of some youths who sees them as role model.? Is it that the laws for entertainers should be different from the laws that guide the common man on the street? We have many entertainers who remain good role models such as Alibaba, King Sunny Ade, Chief Ebenezer Obe and many more.

We have reiterated over and over again that no stone should be left unturned in our fight against drugs and substance abuse. We stand on our ground, that no matter whose ox is gored, the law enforcement agency should be allowed to do their job in the continued fight as we strive to cleanse our society of drug abuse. Every sane Nigerian knows the monumental effects of drug abuse and it is so visible to everyone how it has caused so much damages in the lives of many Nigerians, mostly our youths.

Therefore,your position as a serving Senator to maintain this stance for entertainers to have immunity to laws that pertain to drug usage , it is barbarically moved.

Our entertainers/celebrities are supposed to be role models that shouldn’t be indulging in hard drugs or showcasing their weak moral standards at the public space due to millions of followers, or its promotion as seeing with many. If drugs are the source of their inspiration and they cannot do without it, then they are not worthy of emulation. If we must build a Nigeria of our dream, then there should be no compromise in our quest to raise future leaders in all sectors of our economy.

The level of proliferation of drugs is on the increase because of mindset like this. If we don’t come out and fight this cancer called drug abuse, we shall become victims of it’s colossal effects now and then.

We all most take a stand and condemn hard drugs in it’s entirety in order to save this generation from moral decay, habitual decadence and destruction, Irakpo concluded.