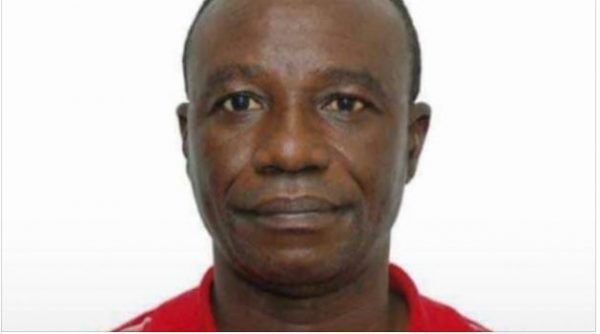 The authorities of the Obafemi Awolowo University, Ile-Ife today said Monica Osagie was the student involved in a sex-for-marks scandal, that has sorely questioned the morality of university dons, in the training of young Nigerians.

He also announced the suspension of Prof. Richard Akindele, the don  involved in the salacious scandal.

Ogunbodede’s action followed the submission of  the interim report of the committee set up to investigate the allegation of sexual harassment revealed in audio recording.

The News Agency of Nigeria (NAN) reports that a recorded audio conversation of the don  demanding for sex  to increase the marks of a female undergraduate had gone viral.

“The committee observed that a prima facie case of inappropriate relationship with the female student had been established against Professor Richard I. Akindele”.

The Vice Chancellor said that though the investigative committee invited both Akindele and Osagie, only Akindele  appeared before the committee.

“The report indicated that many other witnesses appeared before the committee and gave useful evidence.

“The university is making efforts to ensure that Miss Osagie appears before the investigative committee so that it can hear her side of the case and promptly submit its final report,’’ he said.

Explaining why the lecturer was yet to be sacked, the Vice Chancellor said that the provisions of the relevant statute of the university must be followed.

“Under the provisions of the relevant statute of the university, an academic staff can only be dismissed from service or have his or her appointment terminated only when the matter on which consideration is being given has been investigated by a Joint Council and Senate Committee;

“Also the staff  has appeared before the committee with his or her counsel, if so desired.

“This procedure is the minimum requirement of the law and regulations of the university.

“It should therefore be noted that the suspension of Professor Richard I. Akindele is on the basis of the findings of the Investigative Committee that he is prima facie liable.

“This decision will abide, pending the final determination of the case by the council of the University”, the vice chancellor said.

Ogunbodede said that the university would continue to do everything legally and morally acceptable in pursuance of its avowed commitment to zero tolerance for sexual harassment, intimidation and, or coercion.

Just In: Wenger to Leave Arsenal