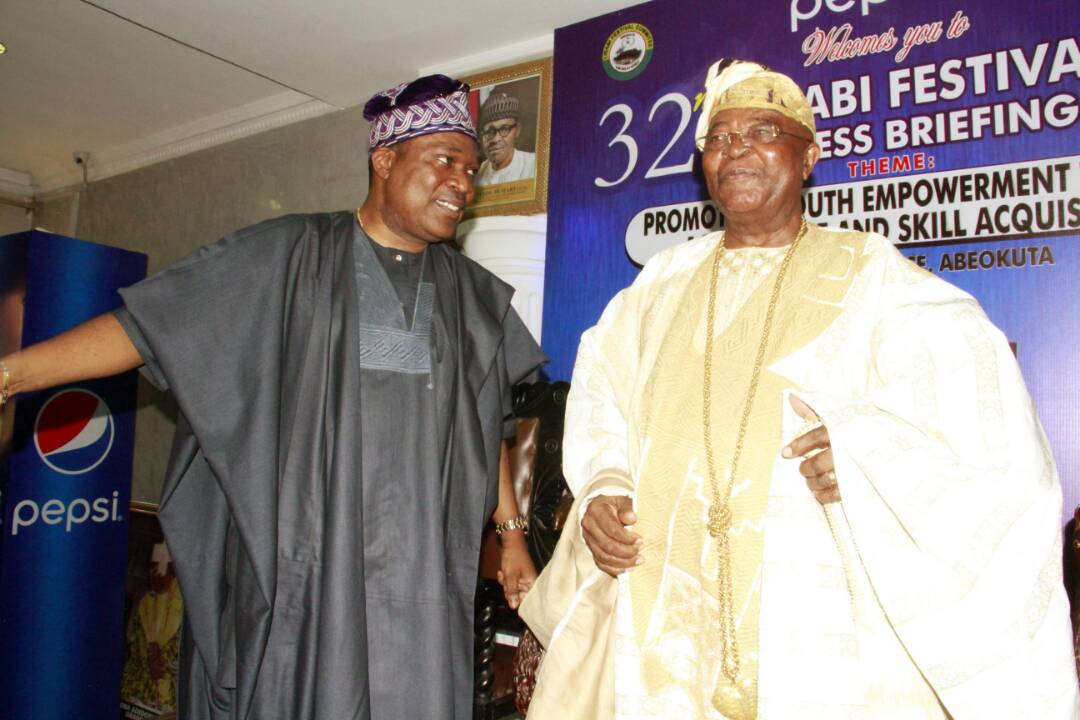 The gubernatorial ambition of Otunba Bimbo Ashiru has received a boost as the paramount ruler of Egbaland, popularly known as the Alake, HRM Oba Michael Aremu Gbadebo, declared him exceptionally competent and fit to drive the economy of Ogun State to higher heights.

The Alake made the declaration at his Ake Palace in Abeokuta when Otunba Ashiru’s consultation team, led by a former Special Adviser to former President Olusegun Obasanjo, Dr. Gbolade Oshinowo, paid him a courtesy visit as part of his consultation efforts towards the 2019 Ogun State gubernatorial election.

According to a press statement released by Otunba Bimbo Ashiru’s Media Consultant, Mr. Tayo Mabewaje, the Alake spoke glowingly concerning the unprecedented achievements of the consensus candidate of Ijebu/Remo Agenda, while commending Ashiru’s giant strides in the present administration which have earned the state a place of pride in the comity of states.

While expressing his unalloyed support for the emergence of governor from the Ogun East Senatorial District,  the Alake noted that the choice of Otunba Ashiru as the arrowhead of the Ijebu/Remo Agenda was a welcome development, a step in the right direction and veryl pleasing.

In his eulogy, the Alake stated that Otunba Ashiru has all it takes to continue with the good works of the incumbent governor, Senator Ibikunle Amosun if given the mandate to rule.

The revered monarch further traced the long-standing relationship between the Egba and Ijebu people which dated back in time as he endorsed the agitation of the Ijebu/Remo people for the 2019 gubernatorial slot and consequently the choice of Otunba Ashiru as the consensus candidate of the Ijebu/Remo Agenda.

Earlier in his speech,  Dr. Oshinowo has intimated the palace about the agitation of the Ijebu/Remo to have a shot at Ogun governorship seat as rational, as well as politically and morally justified in the present political dispensation.

In his response, Otunba Ashiru reiterated his commitment to consolidate on the solid foundation laid by Gov. Ibikunle Amosun CON, FCA with the resolve to move the state forward by bringing to bear the experience he garnered in the course of his public service.

On hand to receive the team were Chief Niyi Adegbenro, Chief Lai Labode, Asiwaju Femi Somolu and other notable high chiefs from Egbaland.