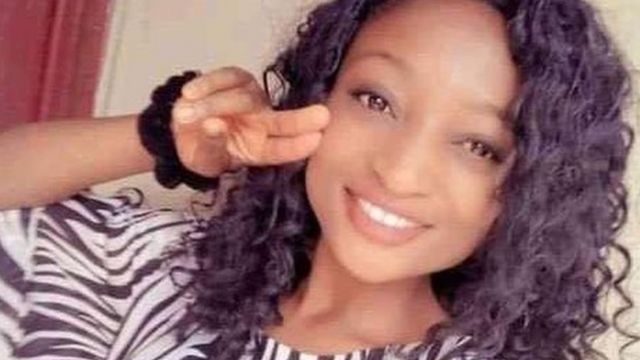 Adeniyi, who was the eighth witness in the ongoing trial of the eight suspects facing trial in connection with the murder of Omowuni, said when her body was dissected, the kidney was whitish as a result of lack of oxygen to breath.

He said a material, which could be a rope, was used to tie the hands of the victim.

“The report shows that her right side eye was swollen with the tongue showing patches of injuries.

“There were bruises around her private parts and there were signs of penetration, with deposits of smear inside her organ, which suggested the possibility that she was raped.

“The right side of her teeth was broken, and there was clotted blood on her scalp, which suggests that she must have wrestled for life and sustained injuries in the process,” he added.

Adeniyi explained that he took photographs with his Infinix phone in the course of performing the medical examination, which he printed out as evidence.

The autopsy report and the photographs were admitted by the court as exhibits.

Earlier, another prosecution witness, Dr Dupe Shittu, revealed to the court how the first defendant, Abdulazeez Ismail, stole her son’s bicycle sometime in 2017.

Shittu said she identified Ismail immediately he was brought out at the Department of State Services office in Ilorin, where she was invited to over the incident.

The witness, who claimed the deceased was her second cousin, narrated how she made frantic efforts to reach her on the phone after transferring N20,000 into her account for her to buy consumables on the day she was gruesomely murdered.

Eight persons are standing trial for alleged conspiracy, rape, murder and robbery of Omowumi at the Tanke area, Ilorin, on June 2, 2021.

The trial judge, Justice Ibrahim Yusuf, adjourned the case till Tuesday, August 3, 2021 for continuation of hearing.

‘We Have Not Suspended Resumption for Kaduna Schools’